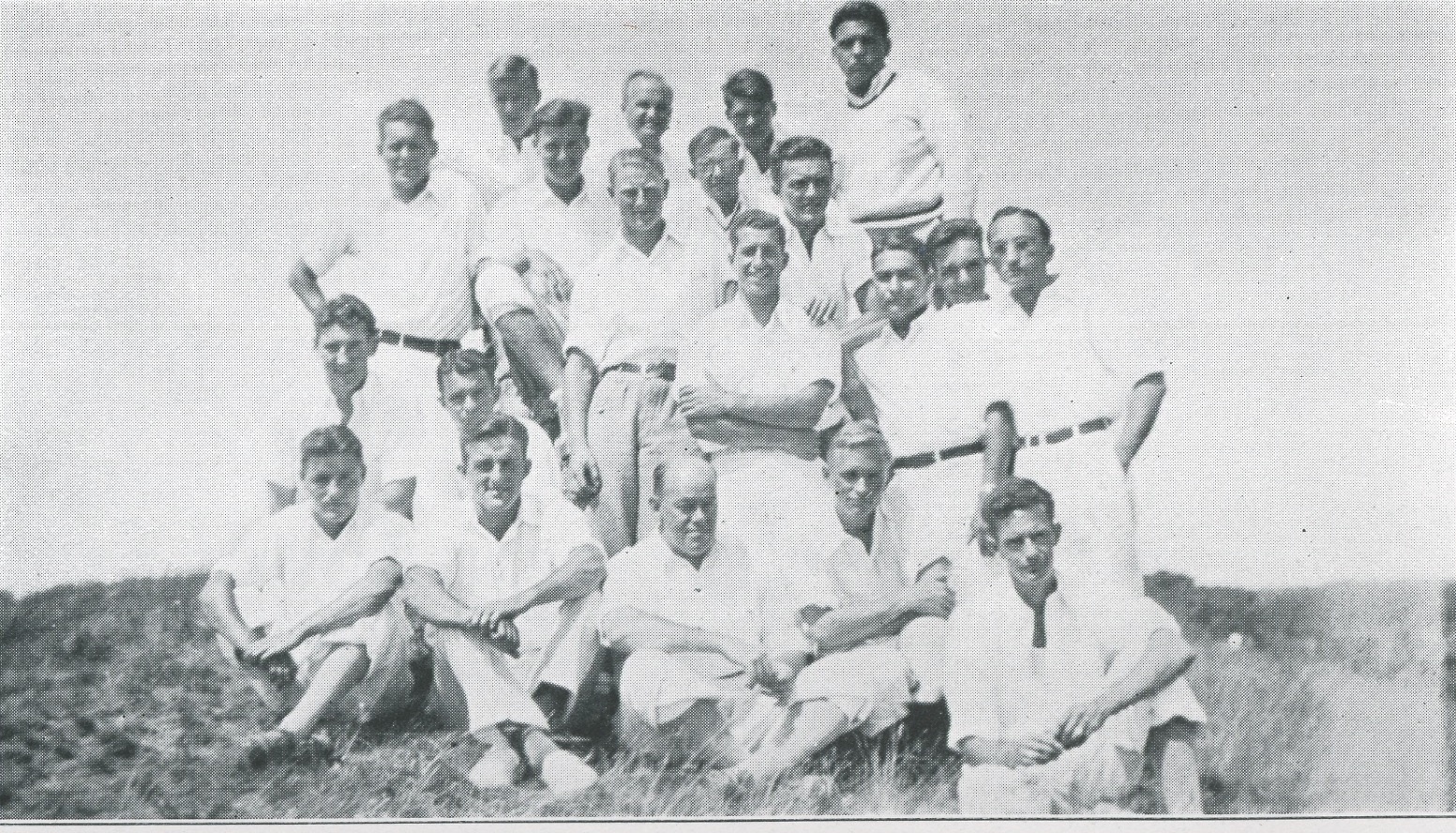 Camp Fuller During the Great Depression

How camp survived and grew during this difficult time. Lots of new photos from the 1930s.

While many summer camps struggled and probably closed during the Great Depression of the 1930’s, Camp Fuller grew and flourished during this challenging time.  Under the strong leadership of the camp director, John A. Cranston; an enthusiastic staff and a dedicated board at the Providence YMCA, Camp Fuller continued to offer a hearty and diverse summer program for boys.

A printed brochure, several camp newsletters and a yearbook from 1932 gave us a look into what took place those summers and how Fuller continued its commitment to a quality program as it faced difficult challenges during this turbulent time.

A bus trip to the White Mountains, deep sea fishing aboard the “Lillian B”, a canoe trip along the coast to Watch Hill, and “Gypsie” trips in a horse-drawn wagon into the wilderness of South County all added to the regular daily offerings and got the boys out of camp for days at a time.

A garden was planted and became a program area that was harvested for fresh vegetables used for camp meals.  Every boy received a quart of milk each day.  Fresh seafood was abundant and also became a staple in the menu.  Wild berries surrounded the campus and provided additional fresh food to supplement the hearty meals prepared by the camp cook, Les Hart.

The Fuller boat fleet consisted of 8 sailboats, 12 rowboats, 3 canoes and a war canoe.  A float and a diving tower added more fun to the waterfront and became a central part of the camp activities.  The “Bobby C” was the only motorized boat at the time and provided transportation as well as a means to retrieve lobster and eel traps located around Salt Pond.

The Lodge was the main building at camp and served many purposes including a dining hall, social hall, library and kitchen.  The Friendship fireplace was located at the far end of the building and was used for large camp gatherings and small spiritual retreats. The rugged stone fireplace displayed the Camp motto “I Can and I Will”.  The campus also included a workshop, a hospital with 2 beds, 5 tennis courts, 2 baseball diamonds, a volleyball court and a basketball court.

One of the most significant events which took place during the summer of 1932 was the evening of August 2nd.  Boys from Camp Fuller were away from Camp on outside trips throughout New England.  The boys from Fuller along with people from nations all over the world celebrated the World-Wide Friendship ceremony.  Fires were built and lit in a coordinated effort to unite through a show of friendship.  The boys carved wooden sticks with autographs of their friends and placed them in the fires as each one pledged himself to a life of friendship.  These fires from around the world united all races and creeds in brotherhood.

Sixteen canvas tents on wooden platforms located on the top of a small hill were 12x16 feet and accommodated 7 boys and 1 counselor.  Boys had camp uniforms which consisted of a gray sleeveless jersey, a gray flannel shirt and khaki shorts.

Visits to Camp were allowed twice a week.  Saturdays from 2:00 – 6:00 pm and Sundays from 11:00 am – 6:00 pm.   Parents were urged not to bring food into Camp.  Donations of fruit and candy for the entire camp were acceptable and were to be left in the kitchen for all to share.

Attending Camp Fuller was often a sacrifice for a family during the 1930’s.  Those who could manage, saved and were able to send their kids to camp.  For those who did not have the means, discrete arrangements were made to assist families in need.  Either way, the families who sent their boys to Camp expressed their gratitude for all that was gained from the experiences.

Here are a few letters from the 1930’s sent to Camp by appreciative parents:

“Camp Fuller’s many recreational and educational activities, under excellent supervision, and its ideal location and wholesome surroundings, make it, in my opinion, a most satisfying place for the boy, and a happy solution for the Summer Vacation problem for the parents”.

“Our oldest boy has attended Camp Fuller ten seasons; our next oldest, eight seasons; and the youngest, five.  Next to the home and church, Camp Fuller has been the greatest contributing factor in their development.  Parents can leave their boys at Fuller with full confidence that they will come home with added character plus physical and mental growth”.

Surrounded by personal and economic hardships during this difficult time, Camp Fuller and the boys who attended during the summers of the 1930’s prospered in many ways.  Strong leadership, innovative programs, and a commitment to the boys who came down the camp road for fun and adventure set a high bar for the future.