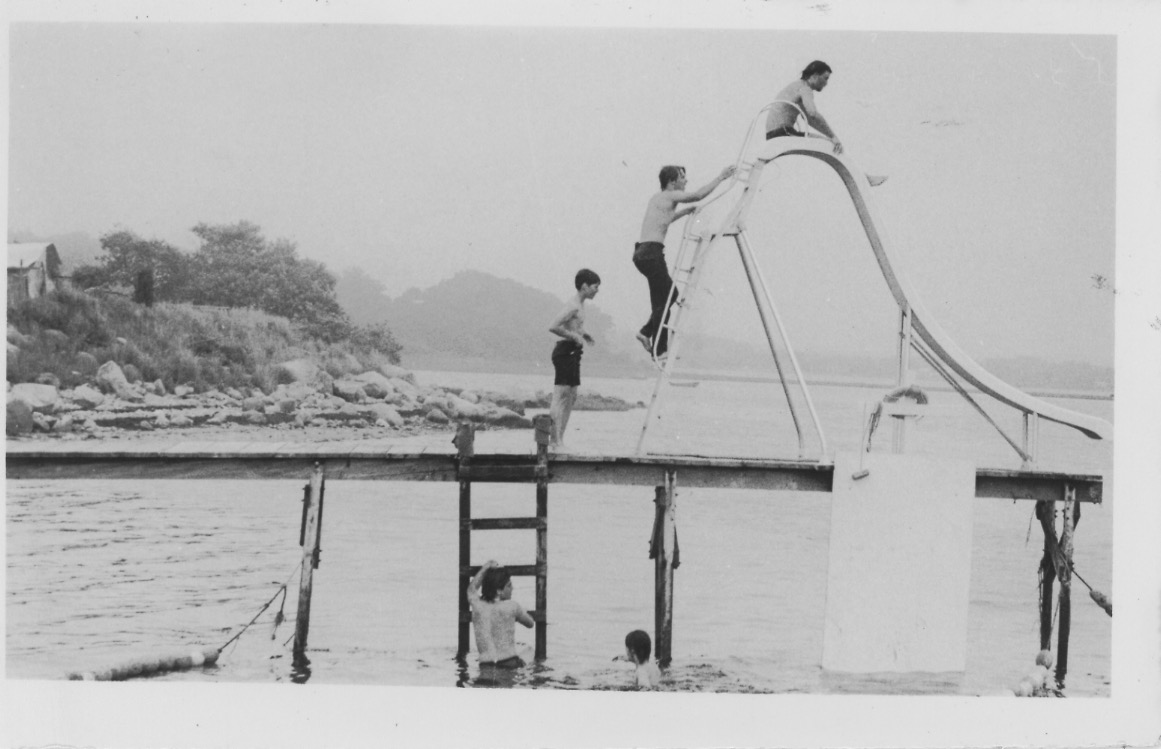 Camp Fuller has grown and prospered over the years due to the tireless dedication of many people. Some have been volunteers, some paid employees and some have donated money to Fuller. Most have done so quietly and without seeking recognition for their contributions and generosity.

The Camp Fuller Legends are those individuals who have gone beyond the call of duty and have dedicated a great deal to the growth and improvements of camp. They have done so for many reasons or perhaps because of a strong desire to "give back" to a very special place that had a great impact on them. The common thread for all of the Legends is their love for Camp Fuller....

‍FREDERIC H. FULLER
Class of 2008
President of the Greater Providence YMCA and namesake for camp. He purchased and then donated the original land at Turner Point so that Camp Fuller would have a permanent home.

He owned a successful foundry in Providence which manufactured bells. An original Fuller Bell is located at camp and was brought here as a tribute to him. The statue on the hearth in the Avie Avedesian Ad Building bears his name and was a gift to Mr. Fuller for his generosity by the Providence YMCA in 1917.

JEFFREY MARK JACOBER
Class of 2006
“The Silver Indian” was among Jeff’s many honors while he was at Fuller. His fourteen years at camp also gave him a foundation which he carried with him beyond his years spent here.

Jeff gave generously to camp each year and continued his philanthropy with capital projects as well. A member of the Apache Honor Society, a Skipper and Outstanding Sherman Camper, Jeff always carried Camp Fuller in his heart.

AVEDIS “AVIE” AVEDESIAN
Class of 2006
When many think of Camp Fuller, one of the first people who comes to mind is Avie Avedesian. Standing in front of the entire camp each morning, regardless of the actual weather, Avie would declare that it was “A Beauty Day at Camp Fuller”. Just hearing those words, you had to believe that it was, in fact a beautiful day.

His larger-than-life, embracing personality and warm heart made him a beloved member of the Fuller family for generations. A true leader and teacher, Avie touched the lives of all who ever had the pleasure and honor of spending time with him. His legacy lives on to this day and he continues to evoke great memories of time spent at Fuller.

Class of 2016
David spent nineteen years at Camp Fuller. Arriving as a young kid with his parents, Avie and Alice, David virtually grew up at camp. His passion was sailing and he became immersed in the famed sailing program while at Fuller. An accomplished Skipper, David later became an instructor of sailing, Assistant Sailing Master and then Sailing Master in 1975.

His enthusiasm for Fuller lead him to many other camp adventures including Chief of the Apache Honor Society. A respected camper and staff member, David continued his dedication to the growth and development of camp and was a major force in the fund-raising efforts for the new boathouse erected at Turner Point.

JOSEPH WILLIAM FRISELLA
Class of 2008
Joe came to Camp Fuller when he was seven years old and never left. The youngest camper to become a Fuller Skipper, his passion led him to becoming Sailing Master in 1957. “Peg-leg Pete” would make his annual appearance as he brought fear and excitement to begin Pirate’s Day hobbling around the Dining Hall on one leg and impaling the wall with his knife and leaving the list of pirates to begin the camp-wide event.

Continuing his dedication to Fuller, he became an active board member and served for eighteen years. During that time, he generously donated an additional fifteen acres of land to camp which included the nature pond. Joe’s love of Camp Fuller will be felt for many years to come.

THEODORE “TED” RESSLER
Class of 2010
Ted was the Camp Director from 1961-1968, during which time Fuller expanded in many ways. During his tenure attendance grew to new heights. Innovative programs, new buildings and the creation of Tanner Collins were added while he balanced the books from his small office and proudly wore the many hats of a successful director.

His knowledge and understanding of Native traditions and lore were infused into camp life and his love of songs brought a new level of spirit to camp gatherings. His songs are still a part of the fabric of camp life. Ted’s leadership and high expectations for his staff raised the bar to a new level. His influence is still felt at Fuller today.

CHARLES LEWIS HANSCOMB
Class of 2010
Charlie landed at Camp Fuller as a staff member in 1944. His knowledge of Native American traditions and lore as well as his own heritage led him to the creation of the Apache Honor Society in 1945 and the infusion of native traditions into camp life. Athletics were a significant part of the camp program during his tenure and he also opened Camp Fuller to the less fortunate.

Sharing the beauty of Fuller to ill and disabled children as well as boys from the Rhode Island court system allowed many to see and experience camp life in ways they would not have been able to. Today’s Council is a tribute to his legacy and passion for Camp Fuller.

Steve Palmer embodied the values of the YMCA: Caring, Honesty, Respect and Responsibility. His years at Camp Fuller as a young camper, counselor, and Sailing Master carried him to Chairman of the camp board and his life-long involvement with the YMCA.

While he worked as an executive in the banking industry, Steve held a number of positions with the YMCA of the USA and many other community service organizations. His unwavering commitment to his beliefs in the "Y" and strong values he got from Camp Fuller took him around the world doing the work he most loved. It was not uncommon for Steve to lead international gatherings in the Camp Fuller Evening Grace as an acknowledgment to his roots.

THE SHERMAN FAMILY
Class of 2012
Through their generosity, the Sherman Family left a permanent legacy at Camp Fuller. Prior to their involvement with camp, they had no direct connections with Fuller. Edwin F. Sherman, Sr. and his son Edwin F. “Ted” Sherman, Jr. owned a yarn brokerage company in Providence. Their success in business along with a commitment to the works of the YMCA led them to Camp Fuller.

Ted became the Chairman of the Greater Providence YMCA and served in that capacity from 1957 to 1959. The two men led the capital campaign to improve the facilities at Fuller with the construction of five wood cabins for the younger boys coming to camp. Their successful completion of the campaign in 1948 and the building of the cabins now bear their family name. Sherman Division still proudly stands at the edge of camp where it now houses the younger girls attending Camp Fuller.

Prentice Stout once referred to Camp Fuller’s environment as “the most remarkable environment that I know of anywhere in New England…and I have seen it pretty much all.  This is an amazing place!”  Those sentiments lead Prentice to become involved in Camp Fuller and create the marine biology program in 1975.  A true friend of Fuller, Prentice worked tirelessly to bring the environment of Fuller into the lives of hundreds of campers and staff.  His generosity and devotion to passing along his vast knowledge of the marine environment to those fortunate to have had him as a teacher and mentor will long be remembered by Camp Fuller.