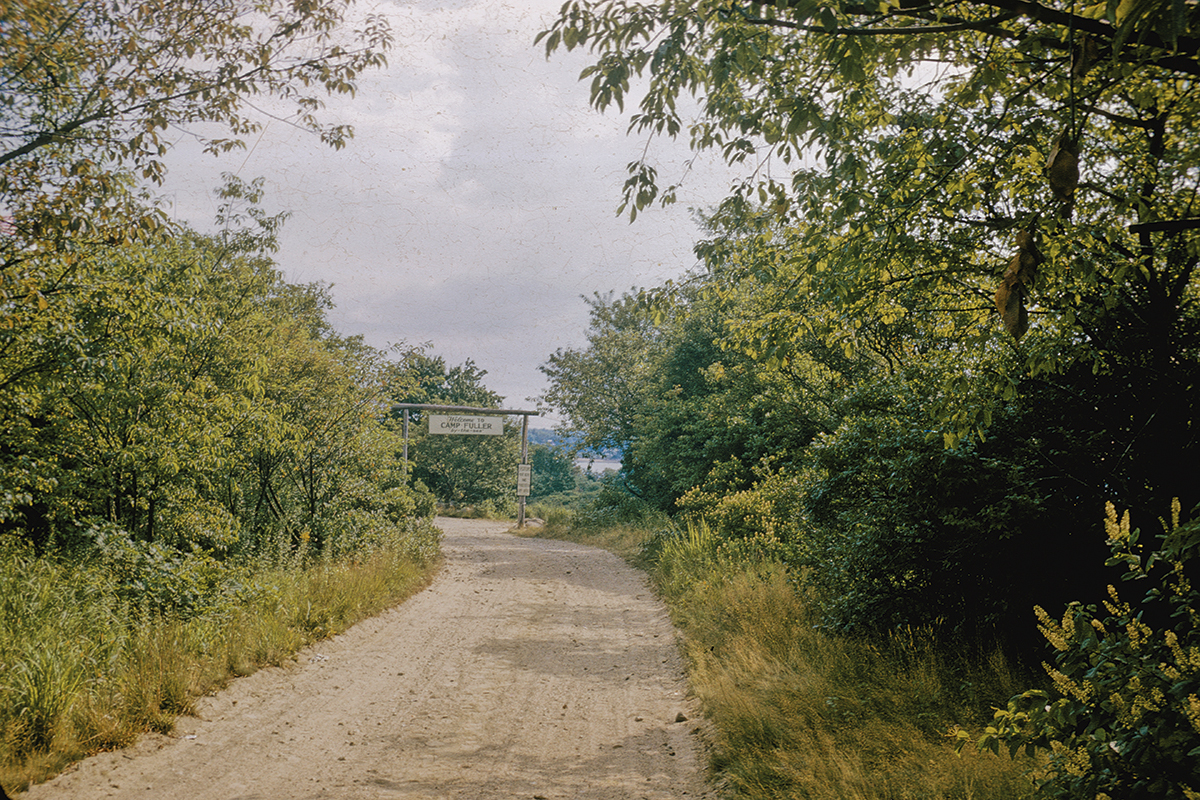 You can’t get to the camp gates without first traveling down the Camp Road.  The rustic two-lane (sometimes one) dirt path that winds and turns its way through the woods, past the farm and old stone walls is part of the Camp Fuller experience.  Although only approximately 1.2 miles long, when you are running it, it seems 26.2.

A change day in the middle of the summer kicks up enough dust to make it hard to see another car going the other way.  But without the camp road, you wouldn’t get that feeling at each turn as you get closer to the picturesque view of Salt Pond behind the Ad Building as you pull through the gate.  Everyone knows that feeling and it never gets old,  regardless of how many times you have made the journey.

A landmark for sure, but not without a lot of conversations over the years from the property owners living along Camp Fuller Road.   See the exchange from 1949 between a property owner and the camp director at the time below. “It is not only hard on the cars, but decidedly dangerous."

In May of 1949, a neighbor on the road wrote a letter to the Providence YMCA seeking financial relief from the Y for road repairs.

The response to the property owner, written in a letter by the Camp Director, Duncan MacLean on September 20, 1949 for his staff to work on the camp road, read in part:

Some things never change.  The exchanges and bartering still take place.  The road would not be the same without them.

Most who have attended Fuller have at least attempted to “run the road”.  In the early days of the Apache Honor Society, running the road was a requirement to be an Apache candidate and was outlined by Charlie Hanscomb in his writing. An excerpt is below:

To be considered for membership, the candidate must:

Whether you were running, walking, or traveling in a car or bus, the Camp Fuller Road was always an adventure.  It remains an adventure today and you can still get the same feelings of anticipation as you approach camp.

Leaving is another story.  As many of us were told: "Never look back."  A lot of wisdom in three words.