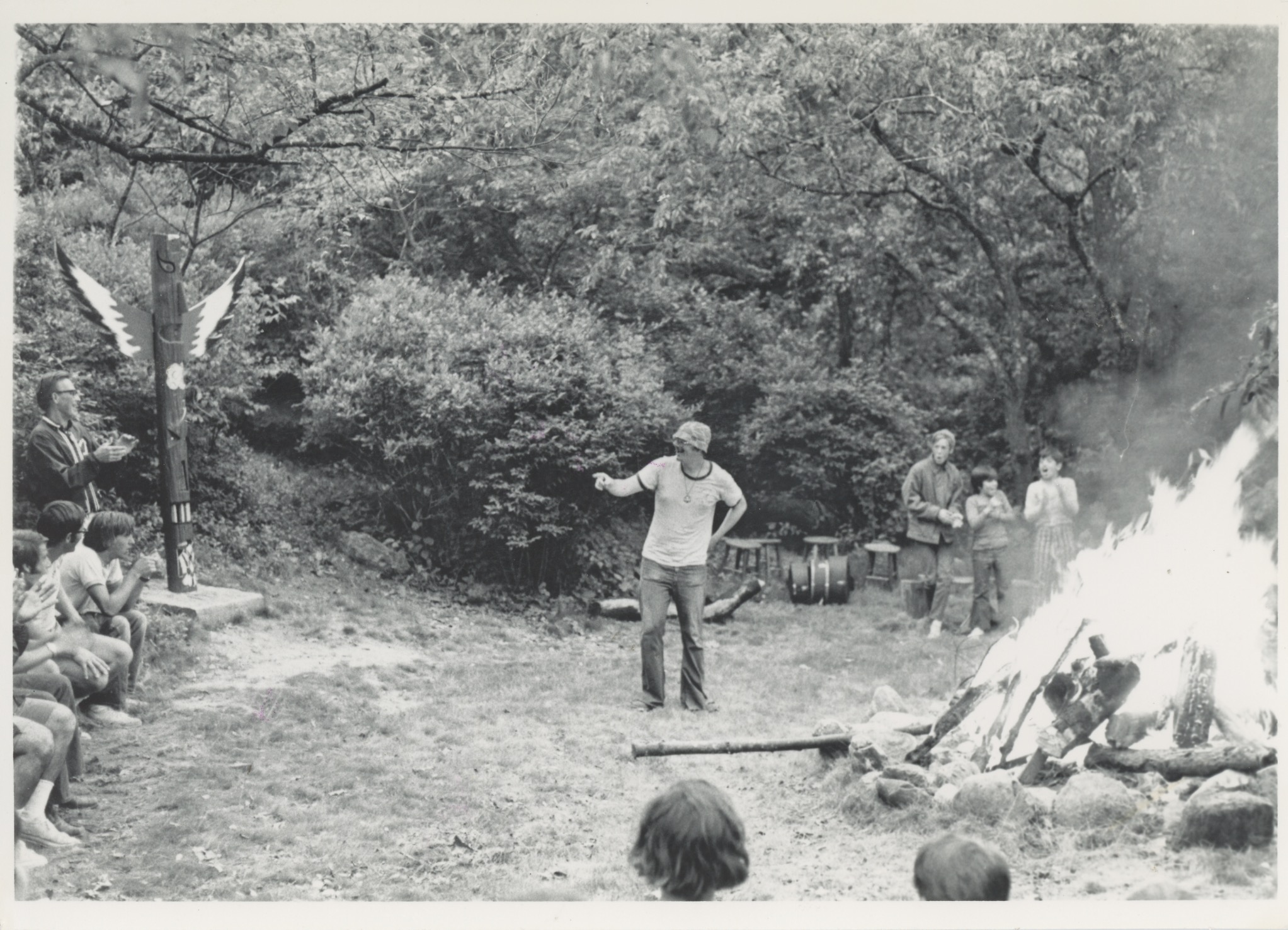 Council Fires have a long history at Camp Fuller.   Written within the pages of the 1932 yearbook, called “The Log” is a brief story of a council fire which took place that year on August second.  Many campers had left Fuller to go on overnight expeditions to Worden’s Pond, Quonochontaug and the White Mountains in New Hampshire.

Those who remained at camp gathered in the social hall.  Campers at all four locations built fires that evening and participated in what may have been the very first “Chips Ceremony”.  The story tells about each boy making an autographed stick, symbolic of friendship, which were individually placed in the fires while each boy made a pledge of friendship to his fellow campers and other youngsters around the world who were having the same rituals.

When the old Council Ring was re-furbished in 2019, utmost care was taken to respect and preserve the actual fire pit, knowing that the ashes from the chips and generations past lived in that small space.  When a chip is tossed into the fire, it joins others before it and becomes part of Camp Fuller History.

Council Fires bring the entire camp community together for laughter, friendship and camaraderie as everyone gathers to sing, perform skits, recite old tales and offer whatever they can to make the evening memorable for all.

Although there was a modified camping season in 2020, a small group of determined alumni wanted to keep the traditional Council Fire lit without interruption due to the pandemic and bring it to life via the internet.  The fire, which was held on August 22, 2020, was a huge success thanks to alumni Chris Hyer and Dan Swain.

You can watch the Virtual Council Fire here:

‘til we meet again…

See you next summer