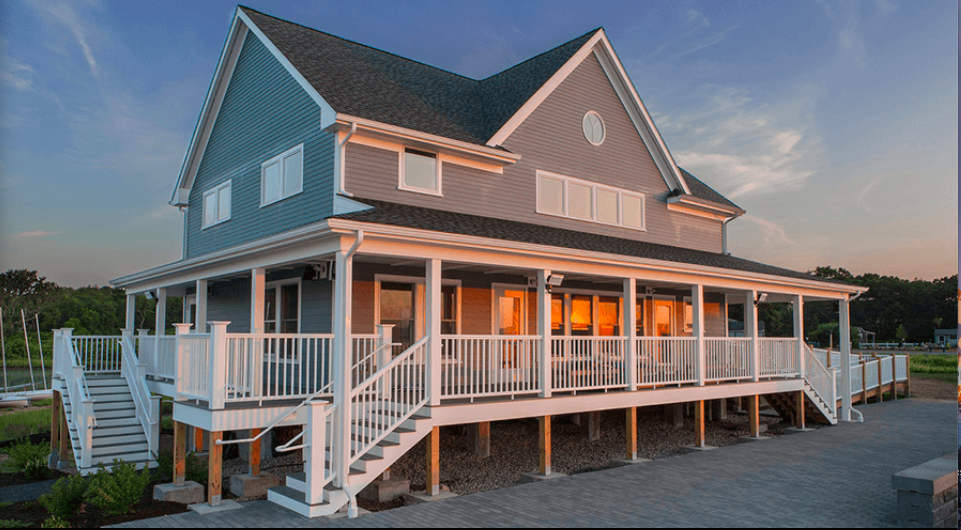 Since Camp Fuller’s founding in 1887, family traditions have been at the heart of Camp’s culture.    Over the past 134 years, countless families and their members have attended Fuller to enjoy its unique salt water camping experience and to grow mind, body and spirit.  First-born children would venture to Fuller, adjust to living away from their families, and quickly become passionate about their new “Fuller family” and all it had to offer.   Their younger siblings would often follow in their footsteps.  In many cases, campers evolved into the next generation of Fuller counselors and leaders, passionately influencing the lives of their campers as they had been influenced before them.   Fuller has been a “family affair” for many.

My siblings and I attended Fuller during the 1960 and `70s.  During this era, many families had multiple siblings attend camp, often sponsored by parents who were passionate not only about the benefits of YMCA camping experiences, but also eager to give back to Fuller with their time, talents and treasure.

During our era, the family names of Avedesian, Geary, Jackson, Leslie, Norris, Ressler, Wilkes, and Holden come to mind… just to name a few.   For the Holden family, the YMCA and its offerings were central to our family tradition.  Our father, Parker Holden, was deeply committed to the values and benefits of “the Y”.  His father held volunteer, leadership positions in their small YMCA in Middleboro, MA during the 1920s and 30s.  The apple didn’t fall too far from the tree, as Parker served on the Greater Providence YMCA (GPYMCA) Board of Trustees during the 1960s into the early 1970s.  He was Board Chairman during our years as campers at Fuller.

As his father had done years before, Parker instilled in our family the virtues of the YMCA and the importance of giving back to community organizations that impact their lives in meaningful ways.  During our youth, Parker was a dedicated supporter of all things GPYMCA and regularly donated to the various YMCA capital campaigns.  For me, the dye was cast at an early age.   As a first year camper in Sherman Division, I would walk by the Sherman Division sign and wonder who was this “Sherman guy”,  who so kindly donated cabins so we could safely sleep inside, while my older brothers risked their life and limbs bunking in flimsy tents where “Greenie” could enter with little resistance?  I reflected he must have been kind and generous, and loved Fuller very much.  I thought it was wonderful he gave back to help young campers like me have a better Fuller experience.  It was only later I learned, Sherman division was made possible by the generosity of Edwin F. Sherman, who in 1949 was the main benefactor behind my “first division” at Fuller.

Camp Fuller is all about its waterfront and related activities.  The waterfront is the heart and soul of the "Fuller experience".  Its sailing, swimming, water sports, and coastal marine biology programs remain the most popular activities and the genesis of many of our alumni’s fondest memories.  This calm, sheltered expanse of Point Judith (Salt) Pond has offered Fuller campers endless possibilities to explore, learn, discover themselves and connect with others.   In the spring of 2012, I was invited back to Fuller (after almost 35 years away from Camp) to receive a philanthropic award for my work to raise scholarship funds for disadvantaged youth, so they too might enjoy the Fuller experience.

Peter Swain, then Fuller’s executive director, led my brother Dave and me  on a walk around to see the Fuller campus we so dearly love.   The campus retained most of its rustic beauty, but we were shocked to see the waterfront facilities were “battered and aged”.  The boathouse was in desperate need of replacement. It was a fire hazard and in many ways unsafe.  We were aghast at the waterfront’s run down condition.   It was clear Fuller’s boathouse needed to be replaced by a new, safe and functional building (for campers and staff alike) to support programming central to Fuller’s high quality waterfront experience.   It was on this walk, I committed to Peter Swain I would help galvanize a team effort to build Fuller a new sailing center and improve the surrounding waterfront.  From this conversation, the Turner Point Development Project (TPDP) was born.

In the spring of 2012, Jim Berson (then GPYMCA CEO) asked me to Chair the Camp Fuller Turner Point Capital Campaign.  I enthusiastically accepted the challenge, knowing full well that for the prior decade a number of similar efforts had failed to produce any meaningful results.  I felt if we formed a strong project team (which brother Dave joined), clearly defined the project’s objectives, put forth a realistic budget/capital plan and aggressively worked to engage Fuller alumni for support we could make the TPDP happen.   Our TPDP project objectives were simple, straightforward and elevating:

We also set out a number of TPDP milestones, which were by and large met in a timely manner:

The members of the TPDP Capital Campaign and Project Leadership Committee were:

Critical to our efforts, was the development of a plan to raise the required $1.25M of capital necessary to fund the initial phase of the TPDP (i.e. the new sailing center and a rebuilt waterfront … see Exhibit #1 above, which displays Oyster Works initial designs for the TPDP).  While Fuller had engaged its alumni in a number of fund raising endeavors over the years, primarily for scholarships and small building projects, it had never aspired to raise such a large sum for such a vital project.   This effort would materialize into the largest building/campaign in Fuller’s long history.

After securing a number of “foundational gifts”, the committee set out to develop a fundraising database and identify giving targets.   We develop our targets and communication materials so they could easily be e-mailed to Fuller friends and alumni.  We aspired to not only raise the required funding, but also to renew old Fuller relationships and reengage alumni in Camp affairs.   The bulk of funds were raised on the back of personal conversations between committee members and prospective donors.  We wanted the effort to strengthen Fuller’s amazing alumni network… and we believe it did just that!

A summary of the TPDP Capital Campaign results are summarized in Exhibit 2, as well as posted on the wall of Fuller’s new sailing center.  Again, we deeply appreciate the generous support of all those Fuller alumni and friends that donated to this wonderful effort.  Through their generosity, they will help enable thousands of future youth experience the joys of learning and developing on Fuller’s beautiful waterfront.  Thank you to all who contributed to make the TPDP happen!

In grateful recognition to all our donors, click HERE for a full listing.