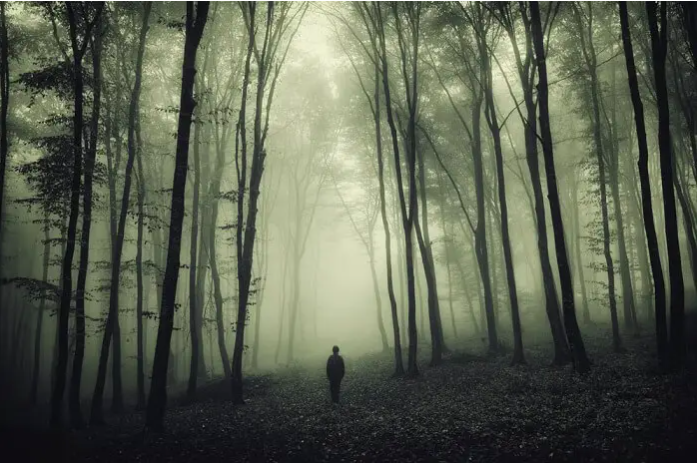 The real story of Greenie

Home   > Stories >
Culture and Traditions
As told by David Avedesian

Greenie is real.  He is an escaped convicted killer from Maine’s Shawshank Penitentiary. The same one that was later made into a movie.  His name was John Henry.  He escaped in early Spring and was from the South.

One night while on OD, one of the Sherman Division’s counselors saw a strange person up by the Palace.  When the stranger walked into the light mounted on the outside of the palace, the counselor described how scary and rough looking the stranger he was.  But most of all he described a greenish tone to his look.

The commander told the staff that he suspected that after so many months of eating just shrubs, berries and leaves that John Henry was craving meat.  The commander suspected that Greenie was hiding at the palace to capture a Sherman camper who got up in the night to go to the palace.  He suggested that a search party be formed immediately and that Camp Fuller should find Greenie before he kills again.  The staff got together and searched all the woods behind Sherman.  They found nothing but a small mound of stones, the ashes of a fire and a couple of small bones from a bird.   But, no Greenie.
‍

As they were walking back out of the woods, they heard a blood curdling cry from Indian Rock.  They all ran back toward the scream and found another counselor who was at the back of the search party dead and his arm was missing.

The next night, the OD staff member was doubled and they did not see Greenie again for the rest of the summer.

Some say that Greenie got his craving for meat and left the Indian Rock area to continue into the Smokey Mountains of Georgia and others say that he is still hiding in the woods behind the Sherman Palace waiting for a Sherman camper on his way to the palace.

If Greenie is still hiding in the woods, then he probably still craves meat.  The predictable results of telling the Greenie story to Sherman campers is all the bedwetters the next day.  Nobody left their bunks.

To this day, I do not like walking around camp on any of the wooded paths at night alone.  I would not take the boathouse bridge path, the path to the council fire, the Boating and Canoeing path from Sherman and the Indian Rock path by Cabin 1.

After hearing the true story of Greenie for the first time, I always peed off the Sherman porch at night.  I was a camper in Cabin 1 and there was no way that I would be a camper in Cabin 5 which was surrounded by Greenie on three sides.  The safest was Cabin 3.  From that moment, Cabin 3 was for me.  I am convinced that because I bunked in Cabin 3 is why I was never eaten by Greenie.

That is my story….

“When I was at camp, Greenie was the Bugler.”

“The alternative story (which you were too young to hear) was that Greenie had once been a waiter at a Catskills resort who smoked a lot of weed, started walking through the woods, and ended up at Point Judith Pond.  The reason he kept coming out of the woods was because he thought he had to deliver a pastrami sandwich to the lonely old man at Table 5.”

“David, your description of Greenie was uncanny.  It was exactly how I remember it.  The flip flop of SCUBA flippers on our Sherman cabin porch, the bits of seaweed draped on the Sherman palace stair railing, and the story as you tell were probably responsible for any of the moments during the next 12 years that I behaved properly while at camp.”