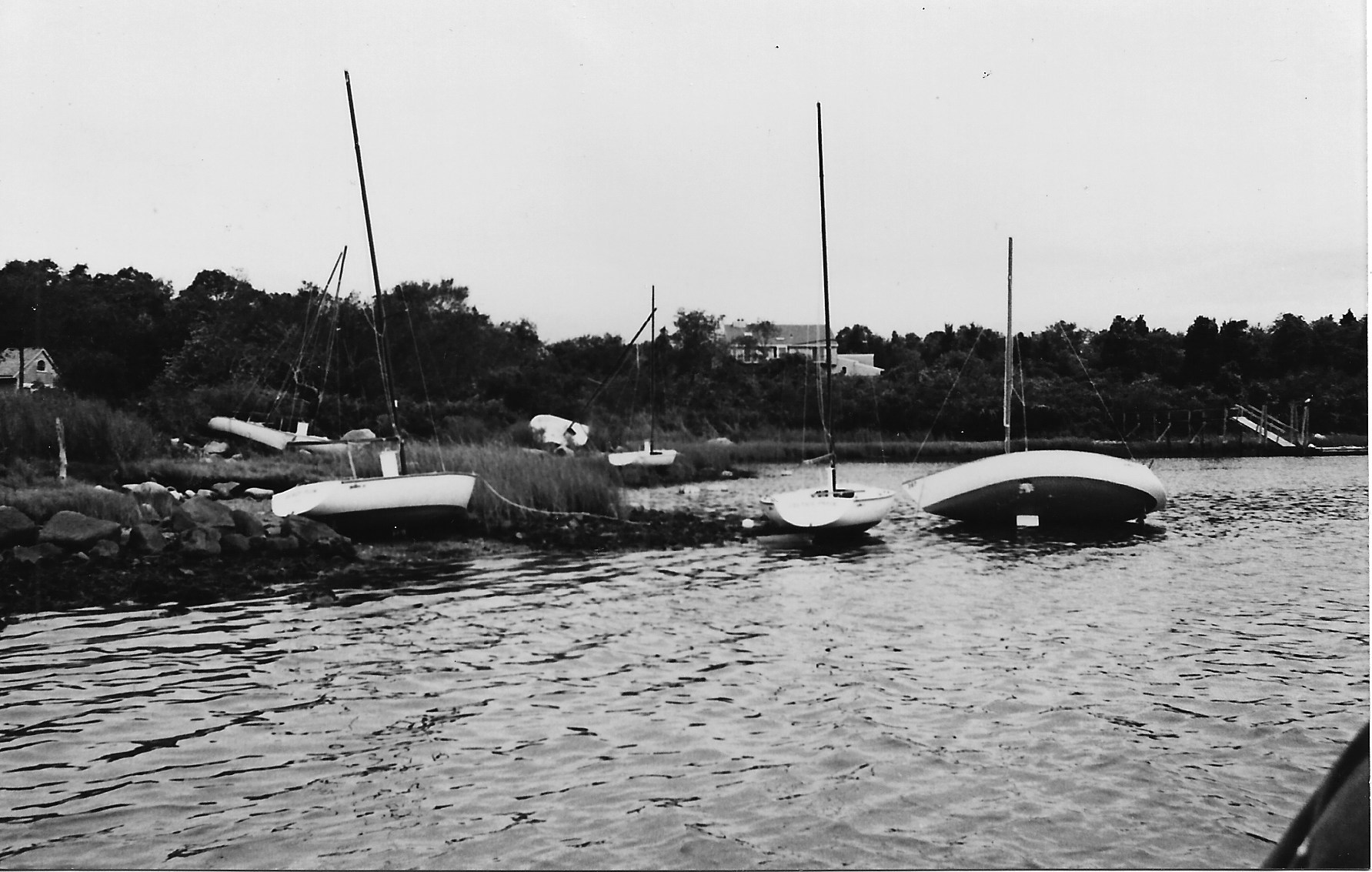 Read some first-hand accounts from when Hurricane Bob struck camp on August 19, 1991.

Hurricane Bob was one of the costliest hurricanes in New England History.  The first and only major storm of the 1991 Atlantic Hurricane season originated in the Bahamas on August 16, 1991.  It hit Camp Fuller and the Rhode Island coast on August 19 as a Category 2 storm and caused a heap of damage to the area.  Camp Fuller mostly dodged its devastating winds, rain and high tides, but did not come out unscathed.  Fortunately, camp was secured as best as possible and evacuated to the nearby roller skating rink.  Kids and staff took minimal belongings with them and hunkered down to ride out the big storm.  A resourceful staff did their jobs and kept the kids out of harm’s way while adding some impromptu activities while they sheltered away from camp.  As with all big coastal storms, the impacts can never be fully predicted.  Such was the case with Hurricane Bob during the summer of 1991.

Those who were at Camp Fuller remember it well and have shared their personal recollections of the big storm on our Face Book page.  Their memories are told here.

“I was a jungle counselor and was at the roller rink.  I remember the auxiliary lights finally going out. I think the cook came to the rink to make sandwiches.  We watched the Dunkin’ Donuts sign blow over.”

“After the storm passed, they sent some tough guy staff members…maybe Martin, Matt Stark, Ben Jackson maybe…and they had to walk their way down the road with chain saws in order to get to camp.”

“I was a counselor and was at the roller rink.  I remember being up at 3am to make sure everyone stayed on their side of the roller rink.  The most amazing thing was the hot meal the kitchen staff made for the entire camp on a six-burner stove which was the only thing working since we did not have power for a few days.”

“I remember keeping our divisions and cabins together in separate areas.  And why do I think we got to roller skate before the lights went out?”

“I was 15.  I remember watching porta-potties from a construction site next door blowing like tin cans across the lot.  And I remember going out as the eye went over and taking pics in the sunshine. When we got back to camp we walked the road.  There was a man beached in his sailboat at the waterski beach.  Docks were pretty trashed.”

“I was staff (Cabin 4 Junior).  I remember the decision being made during the night to wake up everybody really early, put everything in the middle of the cabins and then leave.  We did skate at the rink and I remember the soda machines outside “flying by”.

“I was a counselor, went to the roller rink, remember after the storm having races with the kids outside to get some energy out, remember it being pitch black inside, remember walking the Camp Fuller Road all together.”

“Check this out: My son is telling me right now that there is Greenie lore associated with the Hurricane prep?  Like during the storm prep, Greenie showed up and grabbed a counselor.  I call BS but has anyone else ever heard this?”

As it has done for generations, Camp Fuller survived another major threat.  Many of those who were there have stories to tell their children and grandchildren.  The stories of Hurricane Bob become another chapter in the long history of Camp Fuller.