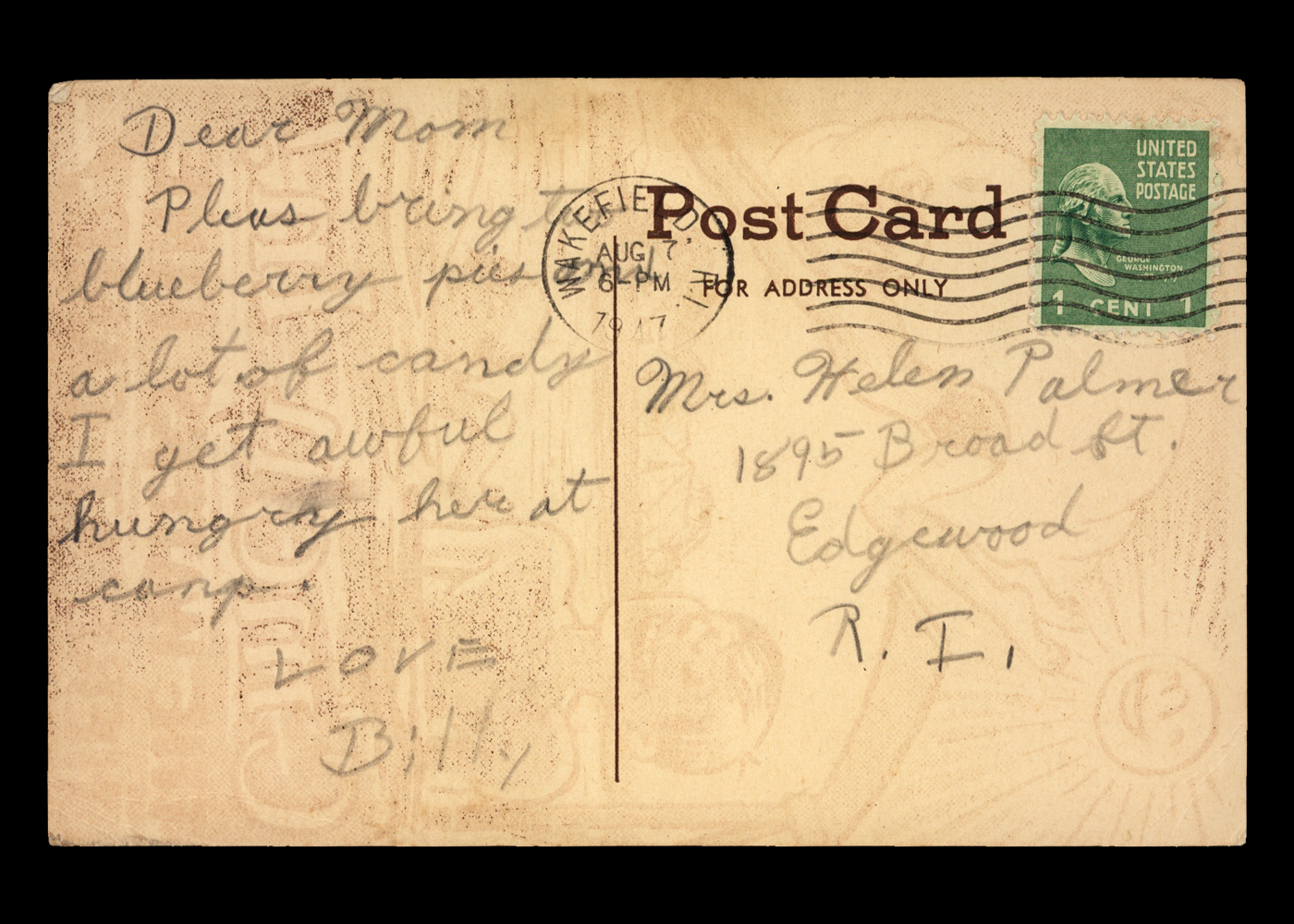 Take a look at some of these hand-written gems

There is nothing quite like getting a letter from your kid who is away at summer camp.  These were often written under duress from a counselor or the camp director who insisted that letters be used in exchange for the evening meal. In other words: no letter, no food.

Desperate pleas for care packages, a forgotten favorite t-shirt, or a not-so-subtle reminder to pick me up at the end of the summer are all part of the camp experience.  We asked for some of your letters and postcards sent home during your time at Fuller.  Fortunately, some parents tucked them away in boxes to be re-read decades after they were mailed.  Thanks for holding onto these reminders of our times at camp.

Here are a few that we received and we hope you can decipher the hand writing and mis-spellings.  While you are reading these, take a look at the postage stamps and the years many of these were mailed.

“I believe I received a letter at camp once that said simply: if you are still alive, please write. Love, Mom and Dad.”  - Mary Elizabeth Duncan

“My mother was the Waterfront Director 1979-1983 so my brother and I had nobody to write home to…therefor never receiving a coveted Care Package.”  - Hillary Fifer

“While there were many homesick campers, there were also plenty of parents who couldn’t leave their kids alone.  I remember one time during the 1960’s when a mother drove down to camp from Providence because she had been doing some baking and had some ‘extra’ left overs.”  - George Heymont

‍
“I can’t recall writing letters home…if I was homesick, I’d just wait…my parents would sail by, see me and we’d visit…and arrange a laundry and food drop via boat.”   - Kari D Bivona

“This letter caused me to make an immediate call to the camp director looking for an explanation why my first time camper was ‘STARVING’. “   - Hillary Fifer

‍
“Am I dreaming, were we supposed to write letters on Tuesday and Thursday as ‘meal tickets’?” - Jeff Loeb

“My parents sent me with these postcards, pre-addressed and stamped.  I would just check the boxes, but some counselors would make me fill out the bottom with real sentences.”

What great memories… as campers, these were obligatory exercises we all had to comply with.  As a parent receiving one, they were either gold or enough for you to call your congressman to demand answers.  Either way, more treasures from the Fuller attic.  Thanks for sending them in.