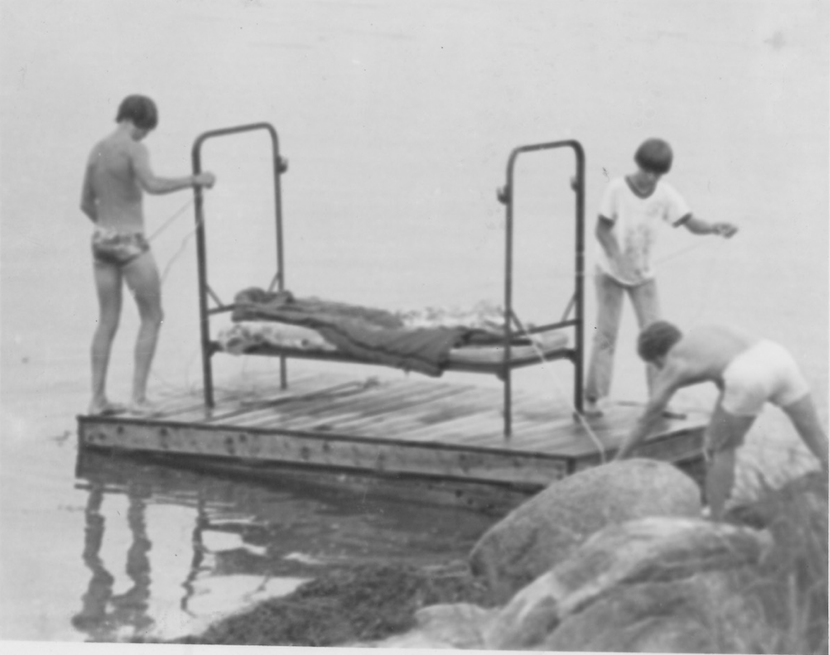 Confessions from long ago. Now the stories are told. Excerpts from social media postings

From time to time, we will feature excerpts from social media posts.  This first in a series got a lot of attention with people finally telling their stories about the stuff they did at camp while they were supposed to be doing other things.

Somehow, going to camp without pulling a couple of pranks just wouldn’t seem right.  After all, why go off to camp if you can’t have a little fun at someone else’s expense?  Remember the planning, the preparation, the element of surprise at 2 in the morning?  If you are thinking “YES”, read these first-hand accounts taken from the Archive Face Book page of those who were either the sender or the recipient of some innocent pranks.

Wasn’t there an incident in the 60’s with a large balloon inflated in the infirmary?  Or a counselor’s bunk moved out to the float in the swimming area?  Hmmmmm…

Me and Wally once tried to move the bell and we couldn’t so we ended up stuffing it with pillows or something so it wouldn’t make any noise.

The outdoor water spigot on the boathouse that shot electricity straight out of your toes.  Eeeh, it’s fine.  We’re fine.

I remember living in the boathouse when I worked in Maintenance. One night, we decided to pay a wake-up call on one of the guys who snored during the night. We took an outboard motor off one of the small boats tied up at the sailing dock, carried it up to the boathouse in the dark and attached it to this guy's bunk while he was sleeping. We gave it full throttle and started it up...worked like a charm. He stopped snoring, at least that night.

Not sure what year-but the LT’s put a canoe in a senior staff’s cabin and then filled it with water.

One night, at around 11:00 pm we hooked up a microphone to a loudspeaker in the boathouse, aimed it out at Salt Pond and announced: “This is God. Tomorrow has been cancelled.”  Lights started popping from various houses.

Somewhere, someone was always scheming for the next prank.  Always good fun and always aimed toward an unsuspecting friend or an innocent bystander who wasn’t paying attention.