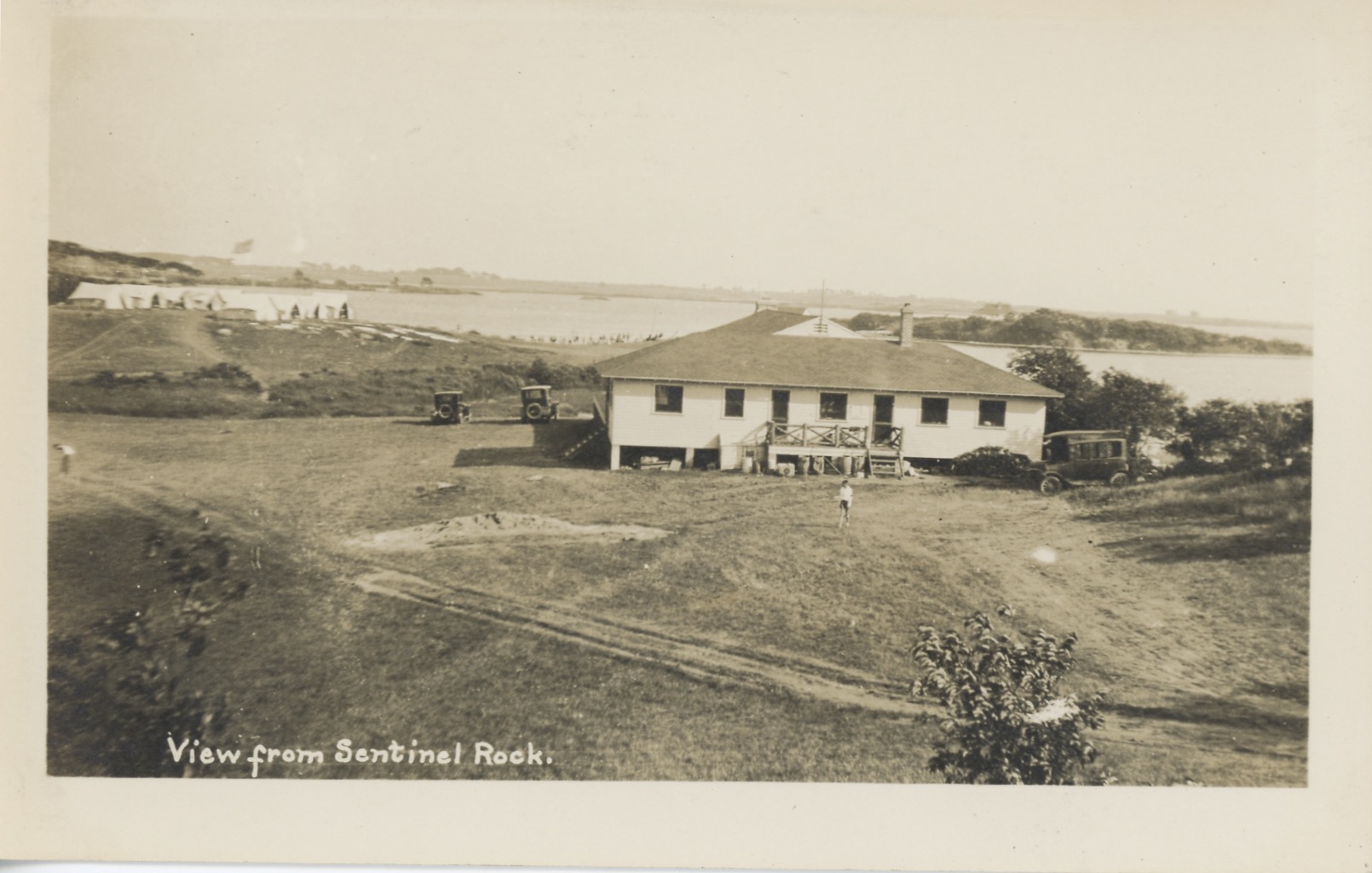 When people think of their Camp Fuller memories and iconic places, the Dining Hall immediately comes to mind.  In the early days, campers and staff helped with the meal preparation and often cooked outside on an open fire.  Meals were served in a tent, rain or shine.

The Dining Hall as we all know it today was originally built in 1922 at a cost of $ 6,500.00. Over time, the old metal plates were replaced with porcelain and a hand water pump was installed.  Camp Fuller was setting the pace for fine dining.

This building became a central gathering place for many camp activities.  Fireside Services were held in front of the rustic stone “Friendship Fireplace” and campers often reflected on the inspiring words “I Can and I Will” which adorned the hearth.

A garden was planted in 1927 on the border of the camp property.  From what we can gather, vegetables grown in the garden were prepared and served at meals.  A simple house was built in 1929 which provided better housing for the cook, who previously resided in a tent.

The Dining Hall continued to be a central part of camp life through the years and served not only as a place to eat, but a place where epic events and announcements took place.  Pegleg Pete would hobble in and announce to all the much-anticipated start of “Pirate’s Day”; Country Olympics cheers would shake the roof; and songs were sung loud enough to be heard at Point Judith. Soap Hockey was both an indoor sport and a way to wash the huge wood floor.  Each meal was begun with a traditional grace whose verses adorned the rustic wall near the kitchen.

For years, the roof was the home of the camp bell which was rung by pulling on a rope just inside the entrance.  Weather and the elements caused damage to the roof and the bell was moved to its current location on the ground just outside the Avie Avedesian Ad Building.

Over the years the Dining Hall became a museum of the past.  Tent, cabin and Country Olympic plaques and photos were proudly displayed on every inch of wall and ceiling space.

A small addition was made in 1976 which expanded the back corner, allowing for more storage in the kitchen.

A major expansion took place in 1999 which created more space for fine dining and, for the first time since 1922, included bathrooms.  This project included a beautiful outdoor deck as well which could be used for additional seating, and a quiet respite overlooking Turner Point and Salt Pond.  An awning was later added to provide much needed shade from the hot summer sun.

The latest upgrades occurred in 2019 and included a complete renovation of the kitchen and cooking areas and with new, state-of-the art equipment, refrigerators and an updated serving area.  These improvements have contributed to more efficiency in the kitchen and the ability to get more healthy meals out to the hungry campers.

Anyone who has come to Fuller as a camper, family member, staff or visitor and has walked inside the Dining Hall quickly realizes what a special place it is.  Not only is it a revered building central to camp life, but a testament to the rich history that has made Camp Fuller a place where memories were created and are re-visited on a regular basis.