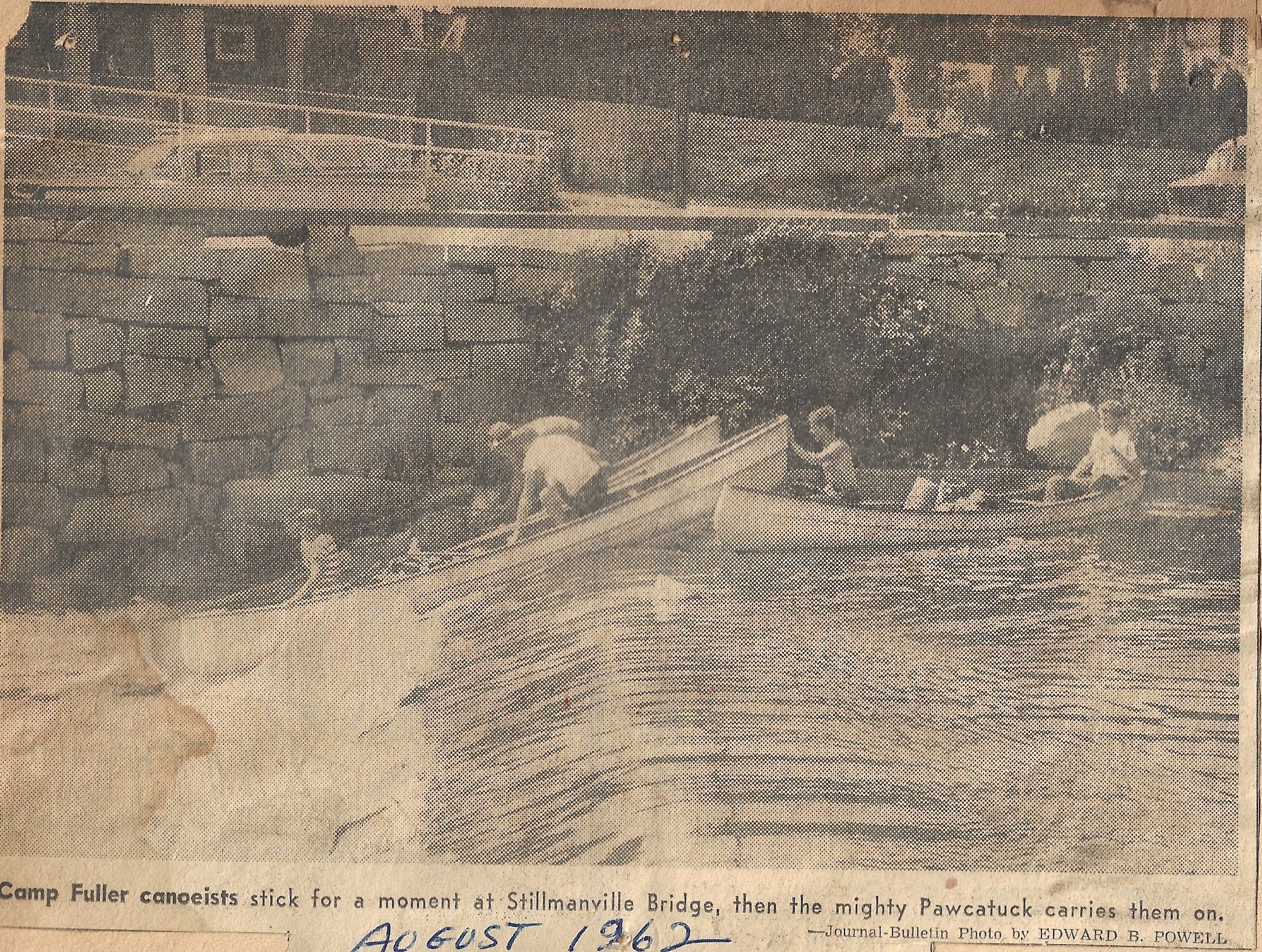 Or why Camp Fuller is better known for sailing

According to an article in the Providence Journal from August, 1962 a group of six youths from Camp Fuller left Worden’s Pond at 10:30 in the morning and started their 33 mile canoe trip down the Pawcatuck River.  According to Ted Ressler, Camp Director at the time “This was a pioneer party.”  According to one of the campers who made the epic journey when asked why they were late in their pre-set arrival time in Westerly, “When we reached the dam at Potter Hill, we decided to go over it instead of around.  The first time we went over, we got a little water in the canoes and we spent a good deal of time going back to try it again without swamping our canoes.”

Twelve years later, Camp Fuller did it again.  Without the benefit of the media and relying on personal accounts of the repeat performance another group made the trip.  This photo was taken by Jon Geiger on his day off.  Someone ended up being taken to South County Hospital and lived to tell the story to his kids.  Just another day at camp.

Our canoe trip in 1951 with Charlie Hanscomb from Hundred Acre Pond near URI took us through the Great Swamp, Worden Pond, the Pawtucket River to Burlingame Park and then to Watchaug Pond. The truck from camp helped take the canoes to Charlestown. We paddled up the ocean to Salt Pond and back to Camp Fuller. Time passed and sadly, so has Charlie. I will never forget the trip, but I do not remember the four campers that were with us on the trip. This was the first time that anyone had canoed through the Great Swamp since the 1938 Hurricane. Many trees were down and we had to get around them.

Who wants to go sailing?