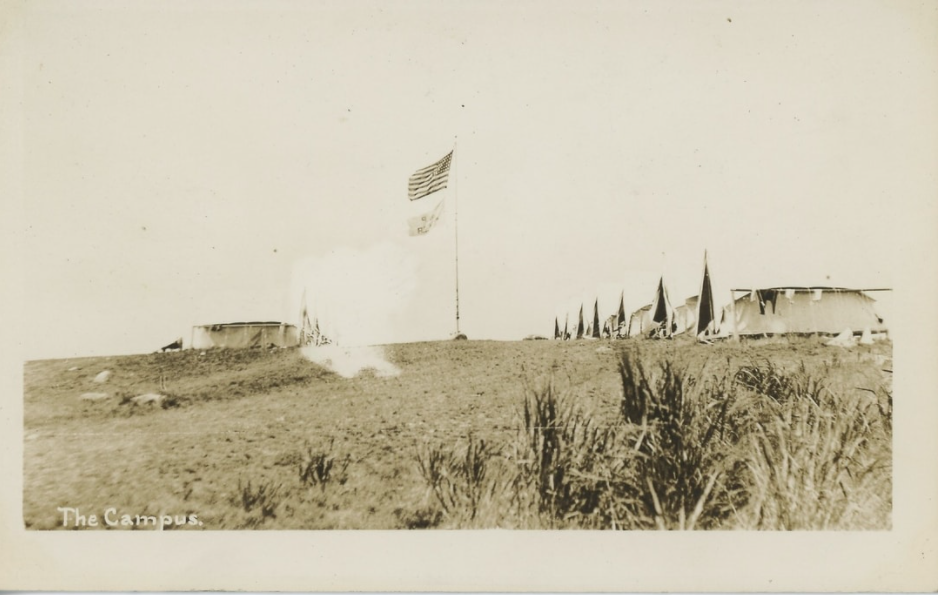 A Letter from J.A. “Skip” Robinson

Memories and gratitudes from the 1930s

This letter was sent to the Archive Project by Joe Shapiro who was a Fuller camper, staff member and later served on the Board.  Joe found this letter in some of his memorabilia and wanted to share it with all of us.

In early July, 1930, I arrived at Camp Fuller and was the youngest and smallest camper for that season.  At that time, there were 3 tents in the Junior Camp and about 10 tents in the Senior Camp with 7 campers and a counselor in upper and lower canvas bunks in each tent.  The camp director was John Cranston who was a great inspiration for all campers and counselors.  My first season at Camp Fuller was the forerunner of six consecutive seasons which had a direct bearing on the molding of my life then and in later years. I can still clearly recall the bugle call of reveille which was instantly followed by running straight into the cold waters of Great Salt Pond for a quick dip.  There was a constant variety of activities each day right up to taps.  During the first few years at Camp Fuller there was no electricity, telephone, etc.  We had a lot of large oil lamps and fresh drinking water from a single pump.  We had an excellent church service every Sunday morning and a vesper service Sunday evenings.  I can still remember several of the hymns we sang frequently.

During the summer of 1936 a counselor named Curt Collison built a wooden walkway through a swamp which led to an open-air chapel on the top of a hill.  We had rowboats, about 3 or 4 canoes, a half dozen Beetle boats for sailing lessons and races plus a camp motor boat, the “Bobbie C”, which was an open launch and used for transportation.  We made our own ice cream which was served as dessert every Wednesday and Sunday evening meals.  Some of the daily activities included crafts, woodwork, sports, swimming and diving, boating and always a 7-mile hike to Moonstone Beach- with hot blanket rolls draped around our necks for sleeping overnight on the beach near the pounding surf.  These are only some of the vivid memories I have of my summers at Camp Fuller and I will always have them.

In August of 1993 I returned to Camp Fuller which I had wanted to do for several years, I arrived in mid-afternoon and immediately noticed the vast number of changes in the appearance of the camp.  I found the camp office and was introduced to the director.  I brought along some old photographs of Camp Fuller in the 30’s and showed them to the director and some campers.  They led me to a large photograph of all campers and personnel taken in the mid 30’s and there I was along with a large number of familiar faces of friends.  Before leaving I walked over to the mess hall and just strolled around deep in thought.  A small group of very fine young campers walked in and then presented me with a Camp Fuller T-shirt along with a lot of smiles. I became a little choked up but managed a few words of thanks.  It was tough leaving Camp Fuller again.