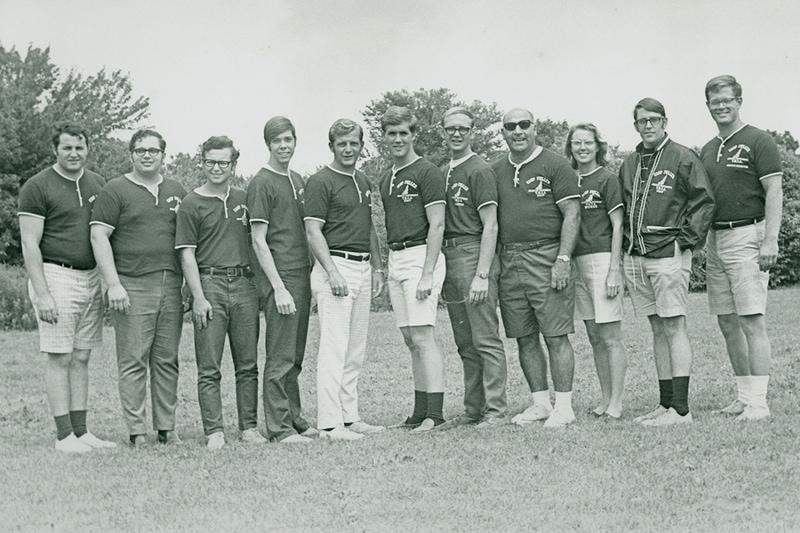 Interesting story:  I had not seen Bob Shear from the end of that summer until 2003.  We had just moved into a housing complex in Smithfield and were walking our dog when we bumped into a couple who had just completed signing forms to purchase a house in the complex.  After chatting for about 15 minutes, we introduced ourselves.  I said John Hirsch and Bob said Bob Shear, and we were both floored.  A renewed friendship started.  I will always remember Bob as a great guy with a hearty laugh. – John Hirsch, 1959- 1970

Have something to share about this photo? Share a memory or tell us who's in the photo. We'll then review your comments.