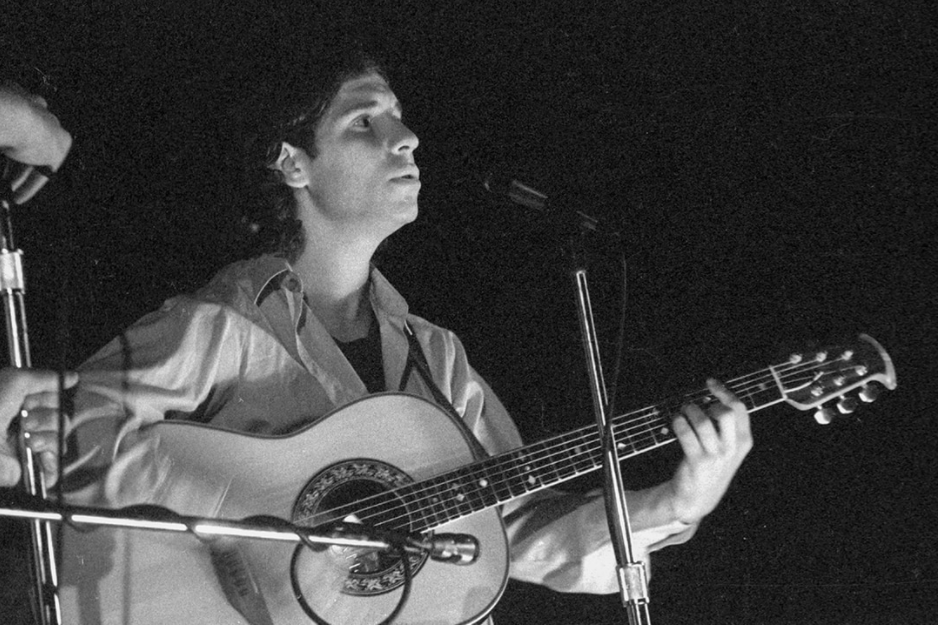 When I first arrived in Junior Division in 1967, I already knew how to play a bunch of songs that were on the radio by The Beatles, Rolling Stones, Buffalo Springfield, The Doors, Young Rascals and many more.   Campers and counselors were OK with me practicing and playing these tunes in our tent.

As songs are performed at Council Fires, I found my way to play there in small groups with other musician kids and counselors.  And that life - of practicing, playing, and performing - sort of became my strongest activity - swimming too! - over the course of the 8 summers I had at camp.

Well...not my whole life there, entirely.  Importantly, I came to see that musicians at Fuller were a community as strong and fun as any there.  The difference was that music wasn’t a program area, but an endeavor that led one to seek out others who enjoyed learning and playing music when free time was available...at ”siesta", after evening activities, on weekends, etc.

And because camp was somewhat loosely 'structured' in that era (the 60s! the 70s!) music could, in fact, become a daily activity.  And if one sought out like-minded guitarists who were committed to jamming in tents, cabins, division leader shacks, etc., you could play a lot of music.  It was an 'outsider' activity, yet anyone could join in, and in fact, there was a lot of encouragement.

Camp turned out to be a paradise for all music makers.  In that 'golden' era, folk music, rock, the blues, country, jazz and soul music came together.  And at Fuller, we took hold of all of that new music being produced...singing and playing it at council fires, on camping trips, at devotions, wherever a good time was to be had and guitars available to play.

Through those years, dozens of kids and counselors came to camp with guitars.  It was a brotherhood (women not there yet) of sharing songs and the lyrics, melodies, chord progressions, guitar riffs, musical styles within.

In my 8 summers there, we covered a lot of ground: The Kingston Trio, British Invasion, Protest Songs, Dylan, Simon and Garfunkel, The Byrds, The Band, Woodstock Festival music, singer-songwriters, The Grateful Dead.  All of that music was new and contemporary at the time...it was awesome!  And I would guess that the first time anyone at camp heard Neil Young's 'Sugar Mountain" was in 1969, performed by Bill Ressler and Bobby Geary at a council fire.  A landmark evening!

In 1970, much of that music - along with the 'groovy' atmosphere at camp - culminated with the production of the first Sun Prod.  Anyone could play that night - as long as you knew how to play!  (You can learn more about that first Sun Prod in the Camp Fuller archive  HERE).  And I returned to camp to play at the 30th anniversary celebration of Sun Prod...a fantastic event.

Music continues to be a vital part of camp life, as I've heard.  And many of the songs my generation sung are still sung each summer.  I believe that each generation will pass these songs onto the next, reinforcing Fuller's music community, of which everyone is a part.  "Sugar Mountain" will always have a home there.

These are some of the people who inspired me 'musically' along the way at Fuller.  I remain friends with many of them:  Bill Ressler, Larry Schwartz, Richard Silver, Brent Slobody, Bob Geary, Dana Westberg, Josh Worby, David Wilkes, Scott Mickelson, David Burdige, Paul Kessler, David Goldsmith, Gordy Wallace, Alan Levy.

Inspired by my time at Fuller, I continue to play music and perform many of the songs I learned at camp.  I also write songs.  Here's one I wrote with a college pal of mine.  I hope you enjoy it.